From marine to team leader logistics planning: Koen Verhoevens’s former job is quite the contrary compared to his current job at, although stress resistance and a no nonsense mentality come in handy at Versteijnen. "A bit of action can be enjoyable’’

Koen’s department regularly had to deal with understaffing due to the pandemic. Among others, it was up to Koen to manage the department.

“We currently have a strong team with planners who manage to achieve positive results every day and drivers who make the difference with excellent communication and great scheduling. I make sure that the planners at my department have all necessary resources to do carry out their job adequately, and I provide backup whenever a problem arises.” Problem-solving ability is important within Koen’s position, just like decision making is. “What order has priority? What impact do our decisions have on clients? As a team leader you’re constantly in charge of such decisions.” 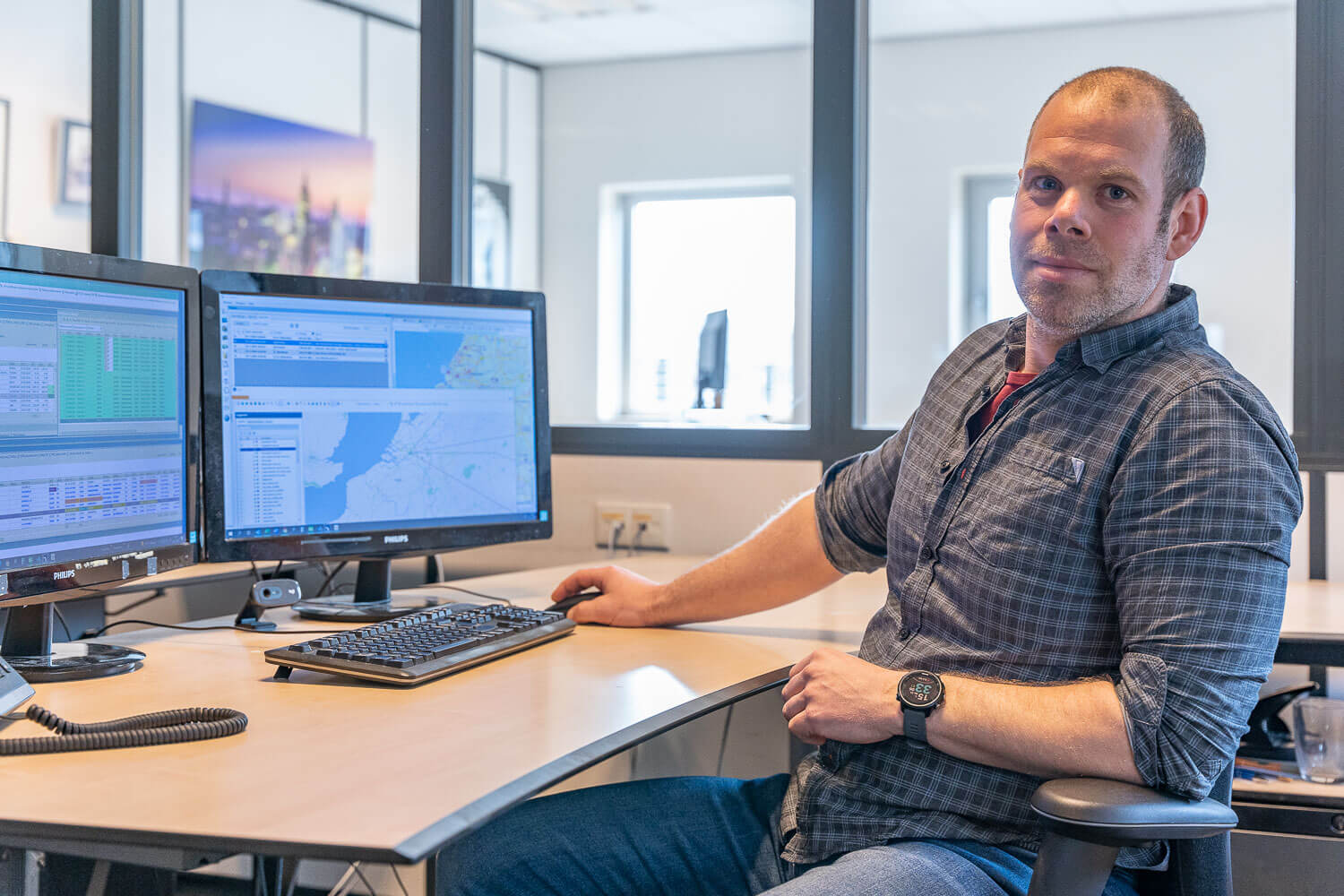 Apart from decision-making, stress resistance is another important quality for Koen’s position. “Emails, phone calls, requests – things are likely to get mixed up. Some days you’re not fully in control of things happening”, says Koen. “A driver of ours recently was unable to cross a bridge because the freight exceeded the maximum weight limit. The freight, Tesla batteries, was too heavy transfer to another truck on site. Eventually we sent an extra driver, followed by an extra heavy fork-lift truck to solve the problems. Decisiveness and stress-resistance come into play at such days. A bit of action can be enjoyable at times.” Yet, the quieter phases are pleasant as well. ‘’Quiet means manageable, controlled. It makes for easier days.”

Before his current role at Versteijnen, Koen had a completely different career. “I was a marine for eight years. Upon finishing my term, I was faced with a choice: do I continue to serve as a marine, or am I going to look for a quieter job? A desk job felt like a tempting option: I could already imagine myself behind a quiet desk with a cup of coffee. Yet, the position as planner turned out to be more challenging than I initially expected. The tasks can be quite complex and the workload can be challenging. Moreover, I really had to get used to working indoor all day. Working out after work proved a to be a fix.”

In retrospect, Koen is happy with the 14 years he has spent at his employer. “Versteijnen has been a great employer over the year. Intercommunication is straightforward and eventual problems are usually fixed swiftly. furthermore, Versteijnen never fails to facilitate growth among employees.” Growth that, according to Koen, is key: “I’m still learning. There is always room to do so.”

Customer Excellence: always in search of the perfect balance